What Causes Clogged or Ringing Ears 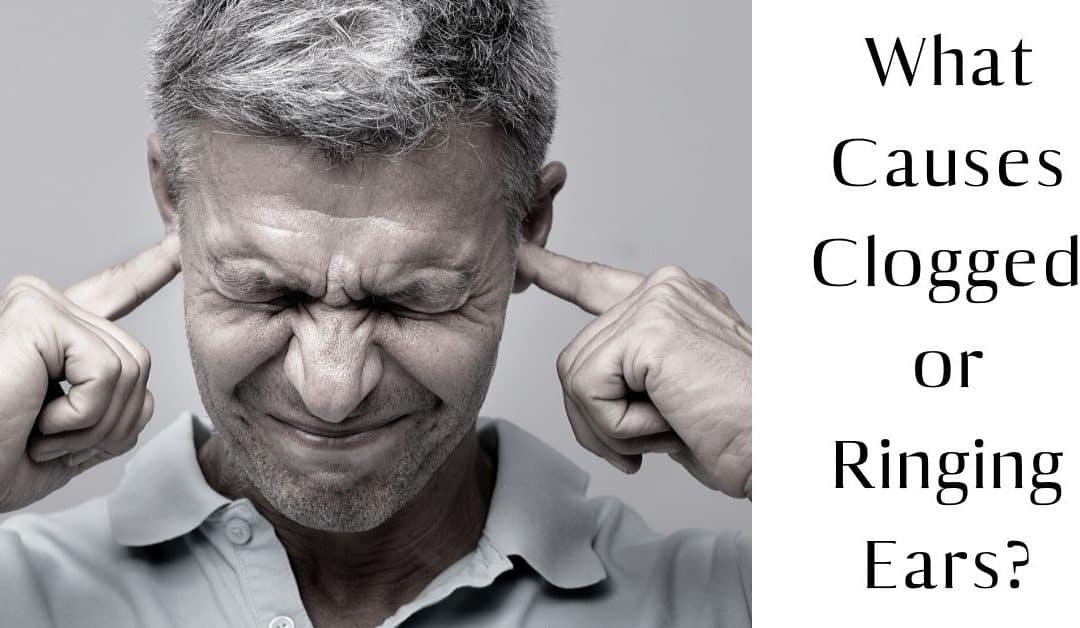 One of the most common causes of a clogged ear is impacted cerumen, or a buildup of earwax in the ear canal. Earwax may be a sticky and unpleasant substance, but it has an important job to do. Earwax catches dirt, dust, moisture, and other particles that enter the ear, and stops them from reaching the inner ear or causing damage. As the earwax gets dirty, it dries out, and it naturally works its way out of the ear or is washed away in the shower.

Sometimes, earwax can get pushed back into the ear canal, and buildup in front of the eardrum. This could be due to an overproduction of earwax, or aggressively cleaning the ear with a Q-tip and pushing the earwax back down the ear canal. A buildup of earwax can cause:

The best way to remove earwax is by visiting your physician to have your ear flushed with warm water in a process called irrigation. Removing the earwax by yourself can lead to further impaction, or damage to the ear. It’s also important that all the earwax isn’t removed, since the earwax is a natural barrier protecting the ear.

Symptoms of an ear infection include:

Treating ear infections with antibiotics that attack the viral or bacterial infection will lift the clogged feeling or ringing in the ears, and a few days of treatment will return hearing to normal.

Sinus pressure will often go away on its own after a few days, but severe cases will need to be treated with antibiotics to relieve the symptoms, and fight the infection.

Normally, problems with the eustachian tubes will clear within a few days, equalizing the pressure in the ear and relieving the clogged hearing. You can yawn, swallow, or chew to help relieve the pressure in the middle ear. Severe symptoms may require surgery to correct the problem.

Are you an LPN looking for a rewarding career opportunity? See the Careers section above for more details!
LEARN MORE