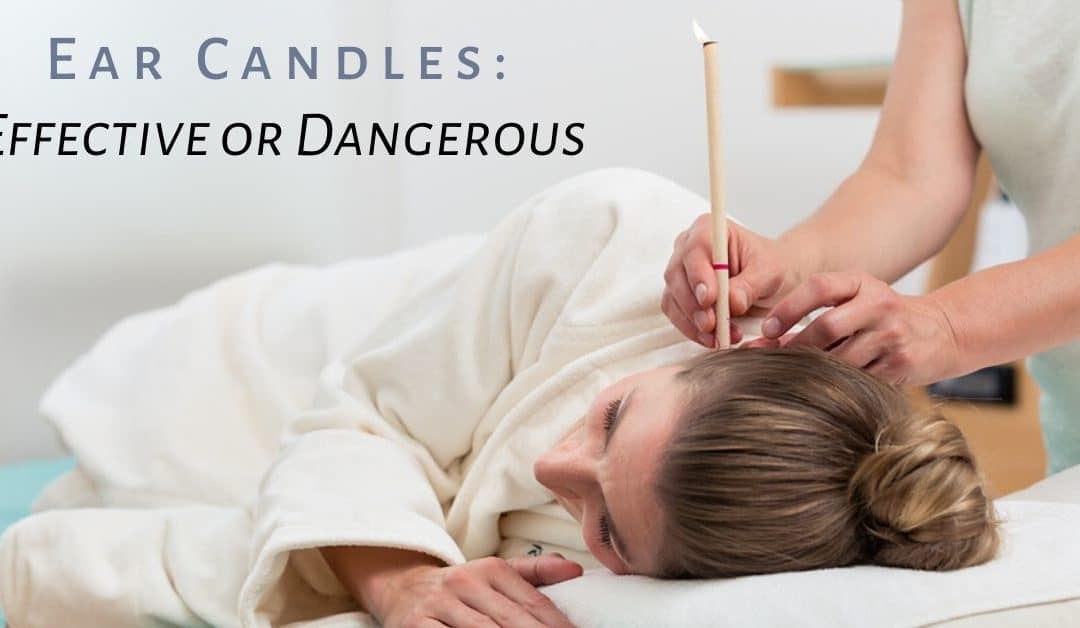 Earwax is a sticky, unpleasant, but vital substance in our ears. It helps to trap debris and protects your ear canal from growing bacteria. But if you don’t regularly clean your ears, or if your ears contain just a lot of wax, it may build up and block your ear canal. Naturally, you want to clean the wax from your mouth. But there are correct ways to do that, and some not so accurate.

A technique called “ear candling” is used by some to try to get rid of the wax. We need to be clear that this is not a safe practice. We will explain in more detail in this article.

What is involved in ear candling?

Ear candles are hollow sticks, about 10 inches long. They are made of cotton or linen, tightly wrapped into the form of a funnel, which is then soaked in beeswax.

Here are what’s involved in a session:

Will candling to the ear work?

Ear candling proponents also refer to the wax substance left inside the candle as evidence that the procedure has worked.

But it hasn’t worked. A recent study tested the hypothesis and found ear candles did not remove the and the wax remains consisted of candle wax and not ear wax. Furthermore, in some instances the procedure caused candle wax to fall inside the ear, contributing to the wax issue.

Putting items within your ears can also result in injury. A consumer health alert concerning ear candles was released by the Food and Drug Administration, warning of this. Potential injuries may involve facial burns, ear canals or middle ears, eardrum injury or canal blockage.

How to remove earwax at home

If you have too much earwax, there are safer and more effective ways to extract it.

When you have a shower and dry the outer parts of your ears gently, this is also enough to eliminate excess earwax. However, if your inner ears feel sticky or after doing so, you still have a layer of wax, there are other things you can do to extract the wax safely.

Here is one such method:

You would need to do that a couple of times before extra earwax falls out. An over-the-counter earwax removal kit can also be bought at the drugstore.

Never attempt to “pick out” earwax with cotton swabs, hairpins, or other devices. You will push the wax deeper into your ear canal, and your eardrum will at risk of injury

When to see a professional

If the above strategies haven’t worked, you may need a professional removal of the earwax. We’ll be able to examine your ear and perform a professional and safe removal of any impacted earwax. Contact us today to set up an appointment.

Are you an LPN looking for a rewarding career opportunity? See the Careers section above for more details!
LEARN MORE